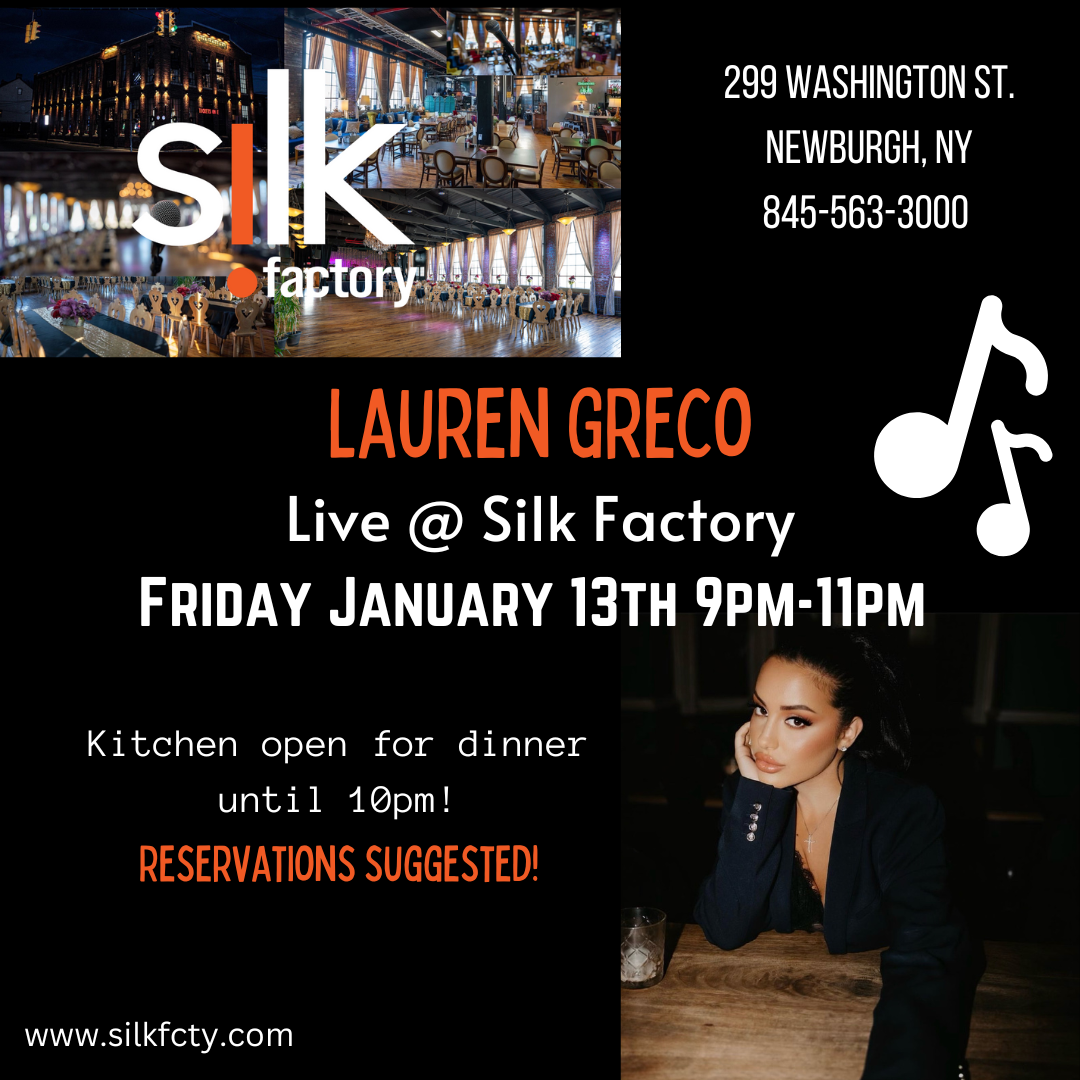 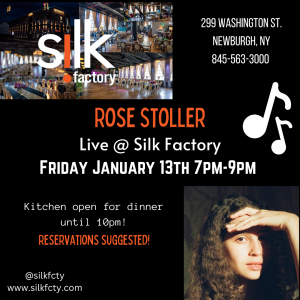 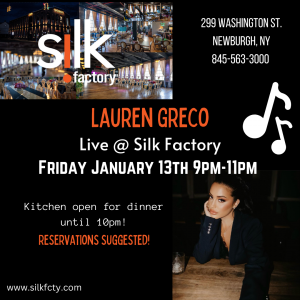 Rose Stoller: Rose Stoller is a NYC based multidisciplinary artist. She performs as a jazz vocalist, experimental musician, singer-songwriter, theater artist, and more. In her original music, she is a delicate songwriter who merges an influence of contemporary jazz, r&b, Laurel Canyon folk rock, Brazilian Popular Music, and ambient soundscapes into a corner of her own. Lead singer of former jazz fusion group, RoseGold, she was featured in 2017 and 2018’s Jazz In The Valley festival in Poughkeepsie, New York. Performing live from 7pm-9pm at Silk Factory!

Lauren Greco: Singer/songwriter from Australia! Only in the US for a few weeks! Lauren Greco (formally known as GRCO) is a vibrant, bold and ambitious new talent on the Australian RnB scene. Typified by her catchy RnB hooks, effortlessly strong yet sonorous vocals and classic pop sensibilities, one can hear Toronto and Sacramento Soul influences intertwined with Lauren’s own brand of laid-back RnB.

Lauren has performed notably at Field Trip Festival, Adelaide Festival and a SOLD OUT Co-Headline Show at Adelaide UniBar. GRCO has also made appearances on talent shows such as making the top 25 of X-Factor; performing on national Italian television and going viral as a Joe Jonas superfan on The Voice. Joe Jonas himself was so captivated by her performance, he joined her on stage for a duet.

With her relentless drive and ambition coupled with her distinctive voice and songwriting nous, she is off to a flying start and is set to soar to great heights in the very near future. Performing live from 9pm-11pm at Silk Factory!